When finished making the sandwich, press the request button of the sandwich that you've created. If you made the sandwich correctly, it will add one to your score and a new request will appear. Otherwise, you can continue to add to your existing sandwich. Press the trash button to start over from scratch. Make as many sandwiches as possible in sixty seconds.

This is an awesome start to what could end up being a really cool game. I'd like to offer a few suggestions, and point out some things, if I may.

The game allows you to click on "Done" without having put any thing on the screen. It appears to give credit for having made a sandwich even though nothing was placed. I'd suggest adding some basic checks to ensure they've at least added two pieces of bread and a couple meats or whatnot.

As for my suggestion, right now the game lets you build whatever you want, which is fine, but there's no direction with the game. Why not add something on the right of the screen that shows an order to be filled. Perhaps it could display up to 4 or 5 orders and as the player completes a sandwich it should see if it matches one of the orders. The orders should also have individual timers, and if the time runs out, the order is cancelled.

As for future prospects, as the player completes orders, they are given money based on what was ordered and how accurately they produced it. The player can then spend that money to purchase new meats, cheeses, and breads. With this plan, the game would end after a certain number of orders got cancelled.

I am a little concerned about the strong hint towards "Subway" that I saw in the font for the title. Unless the game's being commissioned by Subway, I'd strongly suggest avoiding using anything that could potentially resemble their trademark logo and font.

I've already implemented a few of those things tonight. Thanks for playing! 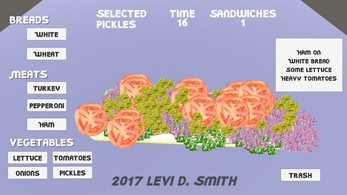 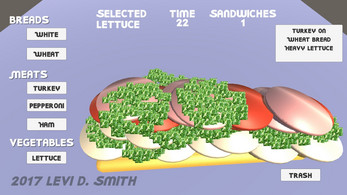 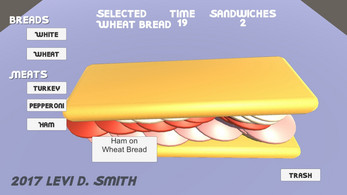 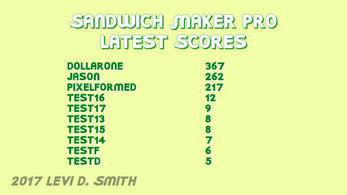 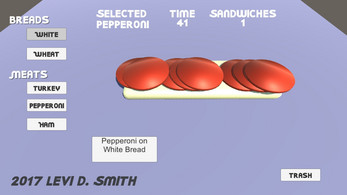 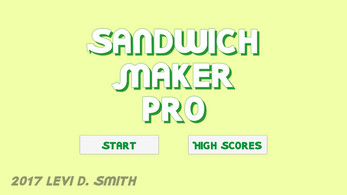